Menu
Back to News & Events 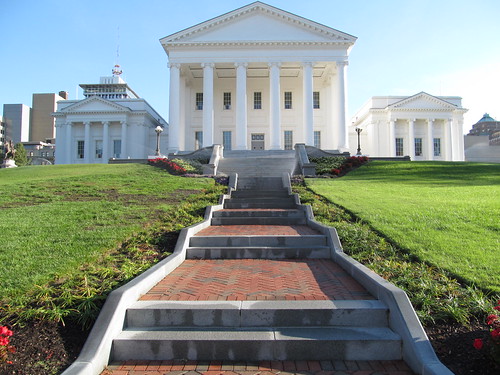 RICHMOND — As gas prices top $4 per gallon in all 50 states, VA Governor Glenn Youngkin signed Senate Bill 575 into law last Friday, giving Virginia’s fleet managers greater flexibility to purchase electric vehicles when replacing state-owned vehicles. The bipartisan bill establishes a calculator that incorporates the cost of fuel, maintenance and repairs over the life of a vehicle, and empowers fleet managers to compare the financial benefits of electric vehicles into the state’s decision-making process as older vehicles are retired and new vehicles are procured. Analysis shows that electric vehicle maintenance costs are typically three times lower than those of a gasoline-powered vehicle, and the cost of operating electric vehicles are on average 44 percent less than fueling gasoline-powered vehicles.

Senate Bill 575, introduced by Sen. Monty Mason (D-District 1), was unanimously approved by the House and Senate, demonstrating overwhelming bipartisan support for the bill, which fundamentally fosters fiscal responsibility in state government fleet operations. The new law comes at a time when Virginia’s network of electric vehicle charging stations is growing rapidly, and will further expand as the state prepares to receive $106 million designated for charging stations as a result of the federal Infrastructure Investment and Jobs Act (IIJA) passed by Congress in 2021.

“We thank Senator Mason for his leadership and his commitment to working with all relevant stakeholders to develop this bill. The result is common sense, bipartisan legislation that moves Virginia toward a clean transportation future. SB 575 will empower Virginia to adopt cleaner, more efficient technologies while simultaneously promoting fiscal responsibility.” – Kim Jemaine, Policy Director for Advanced Energy Economy

“Major businesses across the country have begun to transition to electric vehicles, which save money on both fuel and maintenance costs. We applaud Governor Youngkin and the Virginia General Assembly for approving this legislation, which will ensure that taxpayers are funding the lowest cost options for our state fleet of vehicles.  It’s common sense legislation that saves taxpayers money and makes our air cleaner as well.” – Ron Butler, Director of Conservatives for Clean Energy – VA

“As more and more electric vehicles become available over the next few years, Virginia’s auto dealers stand ready to equip the Commonwealth with an expanding fleet of cars and trucks powered by electricity. We encourage Virginia leaders to continue supporting policies to pave the way for more electric vehicle infrastructure, incentives, and investment.” – Don Hall, President and CEO of the Virginia Automobile Dealers Association

“The EC applauds members of both parties and chambers and Governor Youngkin for their efforts to pass and sign the Fleet Optimization Bill into law. The bill will drive financial savings for the state and save Virginia’s money, improve the state’s air quality and cut the state’s dependence on oil, which jeopardizes our natural security at a critical time.” – Anne Blair, Policy director for the Electrification Coalition

“Thanks to the Fleet Optimization Bill, the government of Virginia will spend less taxpayer money on its fleet of vehicles while lowering tailpipe emissions on our roadways and in nearby communities.  Through this exceptionally bipartisan legislation, Virginia agencies will lead by example, demonstrating that electric vehicles are ready to get to work.” – Lena Lewis, Virginia Energy and Climate Policy Manager for The Nature Conservancy

“Clean, electric vehicles make good sense for our environment and our economy. Signing this bill into law is a good step forward in protecting Virginia taxpayers from the price volatility of petroleum, high operations costs, and increased air pollution that comes from powering our public fleets with fossil fuels. We are grateful to Senator Mason for his work on this legislation and to Governor Youngkin for signing this commonsense, bipartisan bill into law.” – Michael Town, Executive Director of the Virginia League of Conservation Voters

Advanced Energy Economy is a national association of businesses that are making the energy we use secure, clean, and affordable.

Conservatives for Clean Energy educates the public and decision-makers on the economic benefits of clean energy and advocates for continued investments across the Southeast.

Virginia Automobile Dealers Association represents franchised new car and truck dealers in the Commonwealth of Virginia and advocates for a regulatory environment that supports fair competition and enhances consumer safety.

The Electrification Coalition is a nonpartisan, nonprofit organization that advances policies and actions to facilitate widespread adoption of electric vehicles in order to reduce the economic, public health and national security risks caused by America’s dependence on oil.

The Nature Conservancy is a global environmental nonprofit working to create a world where people and nature can thrive.

Virginia League of Conservation Voters serves as the political voice of the state’s conservation community, working to make sure Virginia’s elected officials recognize that our natural heritage is an environmental and economic treasure for all.