A Clean Fuel Standard (CFS) policy—also referred to as a Low Carbon Fuel Standard—sets targets for reducing the carbon intensity from fuels used in the transportation sector. A CFS policy is a fuel-agnostic performance and market-based regulation adopted by states or regions to reduce the carbon footprint in the transportation sector; diversify fuel options to increase energy security; and improve local air quality. The CFS policy sets the annual carbon intensity (CI) for all fuel providers in the transportation sector. CI measures the greenhouse gas emissions associated with producing, distributing, and consuming fuel based on a life cycle analysis.  Providers below the CI generate credits, while those above produce deficits and must purchase credits to offset their higher CI. This incentivizes these providers to reduce the CI of their fuels, resulting in fuels that are cleaner.

As more of the transportation fleet transitions to being powered by electricity, a CFS policy should also include electricity as a fuel option. Since electricity receives a lower CI, electricity providers can generate a significant number of credits that can be monetized and given back to the drivers of electric vehicles (EVs), utilities, or the EV service providers (EVSPs)—or a combination thereof. Overall, this has the effect of growing the EV market and accelerating adoption.

After being introduced in California in 2007, the CFS policy has been implemented in Oregon, British Columbia, and Washington. It has also been considered in Minnesota, New Mexico, and other parts of the Midwest. The need to reduce carbon emissions in the transportation sector and improve air quality in non-attainment regions drove these states and provinces to adopt the CFS policy.

A CFS policy has shown to be a cost-effective way to reduce GHG emissions and increase the share of low carbon fuels in the transportation sector. The policy supports the development of industries that supply low-carbon fuels, which are inherently cleaner. As electricity is included as a fuel option, the benefits to the EV sector are numerous. Additional benefits of a CFS policy include:

Impact on the EV Market

A CFS policy is a unique and vital revenue source that can supplement current EV policies and programs, such as EV purchase and charging station incentives. A CFS policy can provide a stable and long-term funding source. Most state and local funding sources for EV programs can be depleted quickly, resulting in start-stop EV programs. The CFS policy can be designed to provide credits back to the owner or operator of an EV charging station, such as a fleet operator. The revenue from selling the credits can be used to offset the current upfront cost differential between EVs and internal combustion engine vehicles as the price of EV batteries declines.

This can encourage the adoption of MHD EVs in fleets, as these vehicles would accrue more credits, given their larger batteries and higher electricity demand.

With a CFS policy, there are three ways to generate credits, depending on if the EV charging station is used for residential charging or for public, fleet, and/or workplace charging:

As states look to implement a CFS policy, there are several factors that should be considered:

As with any policy, various challenges must be overcome to create a program that achieves the desired market transformation and policy objectives. Challenges include:

California was the first of the states to adopt this policy in 2009, with various modifications to the policy in 2013, 2016, and 2018, with its most recent updated requirements of a 20% reduction in the state fuel pool by 2030. The CFS program is currently adopted by Oregon, British Columbia, and Washington, each mirroring the version in California but reflecting differences through each market setting. 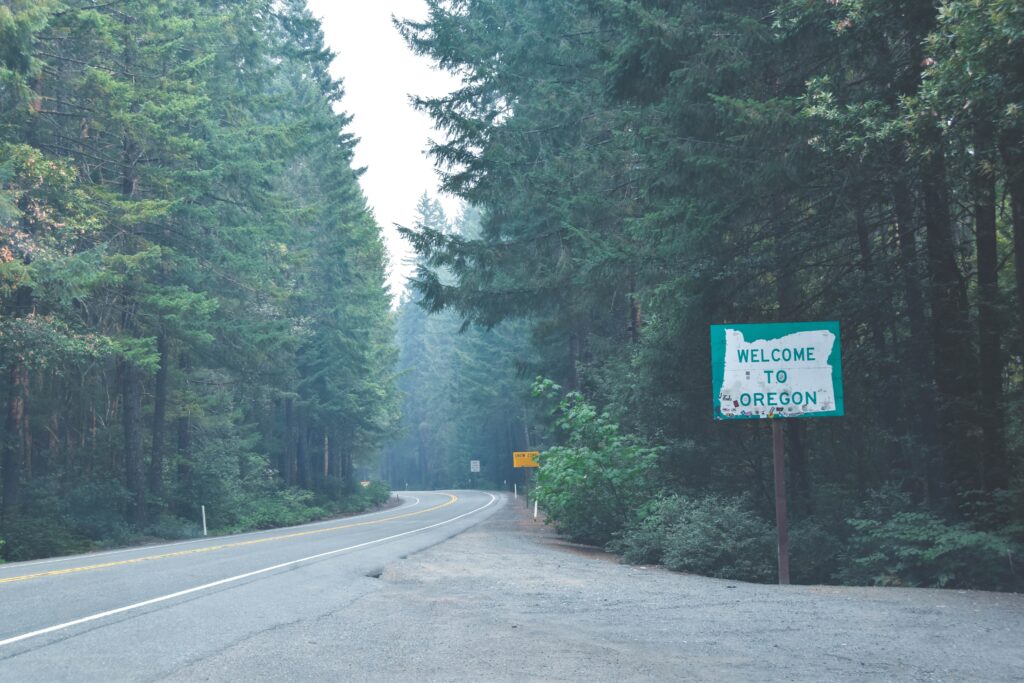 This credit entices more private investment for EV charging infrastructure and opens the door for more public DCFC.  There is a planned statewide point-of-sale rebate program, where current EV charging credits from utilities will be pooled and given to dealers for customers to purchase EVs. This is called the clean fuels rewards program, with rebate amounts of up to $1500.

The Oregon Clean Fuels program implemented an advanced crediting program for fleets currently participating in pilot programs with a minimum requirement of one EV purchase. Credits are generated quarterly when the fleet reports the electricity used to power its vehicles. The rate of credit generation may seem a small initiative until enough credits are generated to sell them and reinvest the revenue into more EVs. Through the advanced crediting program, once a vehicle is put into service, an eligible fleet manager can request the Department of Environmental Quality issue credits up to six years in advance.

Equity and Other Considerations

A CFS makes cleaner fuels more affordable and polluting fuels more expensive. However, existing inequalities will increase if low-income people are left driving older, inefficient, and polluting cars. An equitable path to clean fuels and transportation electrification must ensure that those costs are shared fairly and that all communities benefit, especially those historically overburdened by transportation pollution. A percentage of the financial value of credits can be invested back into communities of color, low-income communities, and other communities that have been most adversely impacted by transportation pollution.

Additionally, some environmental groups may not support the inclusion of biofuels as a fuel option. However, the rationale for including it as a fuel option today could be that biofuels help to broaden support for the policy, and biofuels can serve as a bridge fuel for some vehicle applications. If designed improperly, CFS has the potential to shift efforts towards expanding the biofuels industry, especially in the near term, which would only serve to reinforce the internal combustion engine vehicle status quo and delay EV adoption. Specific provisions of a clean fuel standard can help, together with other measures that target support for electrification.

TCI requires that fuel suppliers purchase allowances auctioned by participating jurisdictions to cover the emissions from the fossil fuel components of that fuel. Proceeds from projects will be re-invested into clean transportation options and infrastructure.

No less than 50% of the annual program proceeds to go to communities overburdened by transportation pollution and underserved by the current transportation system.

A RFS (most notably at the federal level) has similar goals to a CFS, with carbon reduction strategies. Still, it is limited by excluding some fuels such as hydrogen and electricity produced from renewable sources such as wind and solar.

Certain groups are currently exploring if the federal RFS can be modified into a national CFS.

This approach limits the total amount of emissions in the transportation industry. Each source of pollution covered under the cap must hold an allowance for every ton of pollution they create. Allowances equal the total pollution allowed under that year’s cap.

Allowances are auctioned. Each regulated entity purchases allowances through auctions to cover its emissions. Proceeds can fund programs to further reduce emissions or provide other benefits to households and communities.